Back To All News

Environmental studies (ENV) student Jessica Lambert, Class of 2022, received a Tribal Public Policy scholarship from the Udall Foundation for a second consecutive year, and ENV student Aneesha Manocha, Class of 2023, was one of 55 students nationwide to receive an honorable mention from the foundation this year.

The 110 2021 Udall Scholars and honorable mentions were selected for their commitment and dedication to careers in the environment, tribal public policy, or Native healthcare, and drawn from 416 candidates nominated by 187 colleges and universities. 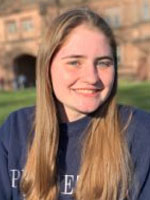 Lambert, an anthropology major getting a certificate in environmental studies, is a citizen of the Choctaw Nation and a registered first-generation descendant of the Eastern Band of Cherokee Indians. She received a 2020 Udall Scholarship and was one of only two 2021 scholars to also be named a scholar last year.

Lambert is president of the Natives at Princeton student group, a co-founder and executive board member of the Princeton Indigenous Advocacy Coalition, and a research fellow with Nuclear Princeton, an undergraduate-directed project composed completely of American Indian and Native Hawaiian student researchers. In April, Lambert was one of three Princeton students — along with fellow 2020 Udall Scholar Claire Wayner — to be named 2021 Truman Scholars by the Harry S. Truman Scholarship Foundation to pursue graduate studies related to public service. 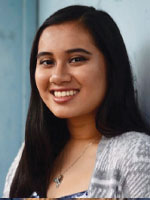 Manocha, an electrical and computer engineering major pursuing a certificate in environmental studies, studies macro-energy system modeling, hydrogen and fuel cell technology R&D, and the intersection between energy, engineering and policy. She was named a 2021 HMEI Environmental Scholar to pursue research focused on developing and demonstrating a national power-system model for India that can help policymakers better plan for achieving decarbonization by 2050.

Manocha analyzed India’s power systems for potential decarbonization as a 2020 environmental intern in the lab of her academic adviser Jesse Jenkins, assistant professor of mechanical and aerospace engineering and the Andlinger Center for Energy and the Environment. Manocha is president of the student-run Princeton University Energy Association.

The Udall Foundation is an independent federal agency founded in honor of U.S. Rep. Morris Udall and his brother Stewart Udall — U.S. Rep. and Secretary of the Interior under presidents John F. Kennedy and Lyndon B. Johnson — whose careers had a significant impact on Native American self-governance, health care and stewardship of public lands and natural resources.