Two Princeton University environmental studies students are among only 13 college sophomores nationwide to be named 2020 Udall Scholars by the Udall Foundation. Scholars receive up to $7,000 and are selected based on their leadership, public service, academic excellence, and commitment to issues related to Native American nations or to the environment. Fifty-five scholars were chosen altogether.

Jessica Lambert, a citizen of the Choctaw Nation and a sophomore anthropology major getting a certificate in environmental studies, received a Tribal Public Policy scholarship for Native Americans and Alaska Natives pursuing careers related to tribal policy.

Claire Wayner, a sophomore civil and environmental engineering major getting certificates in environmental studies, sustainable energy and urban studies, received an Environmental scholarship for students interested in careers related to the environment.

“Claire and Jessica are a testament to the synergies that emerge at Princeton when passionate, intelligent, and socially and environmentally committed students have opportunities to learn by doing in and outside of their classes,” said Daniel Rubenstein, the Class of 1877 Professor of Zoology and director of the Program in Environmental Studies based in the Princeton Environmental Institute (PEI). “As Udall Scholars, they will now learn how to transform good ideas into impactful action.”

The Udall Foundation is an independent federal agency founded in honor of U.S. Rep. Morris Udall and his brother Stewart Udall — U.S. Rep. and Secretary of the Interior under presidents John F. Kennedy and Lyndon B. Johnson — whose careers had a significant impact on Native American self-governance, health care and stewardship of public lands and natural resources. Brief biographies of Princeton’s 2020 Udall Scholars are below.

Lambert is passionate about environmental justice and hopes to work with the Choctaw Nation to pass tribal laws that establish high standards for clean environments; to create tribal environmental protection agencies; and work with the United States government to clean up contaminated and polluted American Indian land. She also hopes to become a university professor of indigenous and environmental studies. 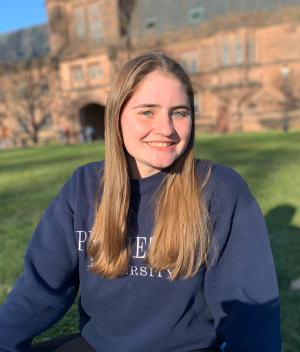 Lambert — who is advised by Ryo Morimoto, an assistant professor of anthropology and PEI associated faculty — focuses on environmental anthropology, as well as environmental testing and the effects of pollution on the human body.

In 2019, at the behest of Choctaw Chief Gary Batton, Lambert began investigating the connection between a federally owned munitions plant in McAlester, Oklahoma, and the high cancer rate among the town’s American Indian residents. Lambert gathered data on the plant, visited the site, and interviewed Choctaw residents. She presented her initial findings — which she plans to expand into her senior thesis research at Princeton — at the American Indian Science and Engineering Society (AISES) national conference and had a paper accepted in the American Indian Culture and Research Journal.

On campus, Lambert is co-founder and co-leader of the Indigeneity at Princeton Task Force within the Undergraduate Student Government (USG). The group works to spur the creation of an Indigenous studies certificate, increase recruitment in Indigenous communities, and formalize a procedure in which the University recognizes its campus as former territory of the Leni Lenape tribe. She also is a member and co-president of Natives at Princeton student group.

“I am overjoyed by the Udall Foundation’s support of me in my fight to achieve environmental justice for my people,” Lambert said. “The current levels of pollution and contamination of our homelands are beyond unacceptable. To create a brighter future, we are in great need of intensive environmental remediation, tribal environmental protection laws, and improved medical treatment.”

Wayner, who is advised by Ian Bourg, assistant professor of civil and environmental engineering and the Princeton Environmental Institute, considers climate change to be her generation’s greatest challenge and hopes to work in or with the federal government to decarbonize the global energy supply.

Last year, Wayner was a PICS intern at the Federal Energy Regulatory Commission (FERC) where she helped write legal briefs on the climate impact of natural gas pipelines and hydroelectric plants, as well as a 27-page paper on a policy approach to pricing carbon. This summer, she will study policy avenues for battery storage in South Asia at the National Renewable Energy Laboratory (NREL) through Princeton’s Scholars in the Nation’s Service Initiative. 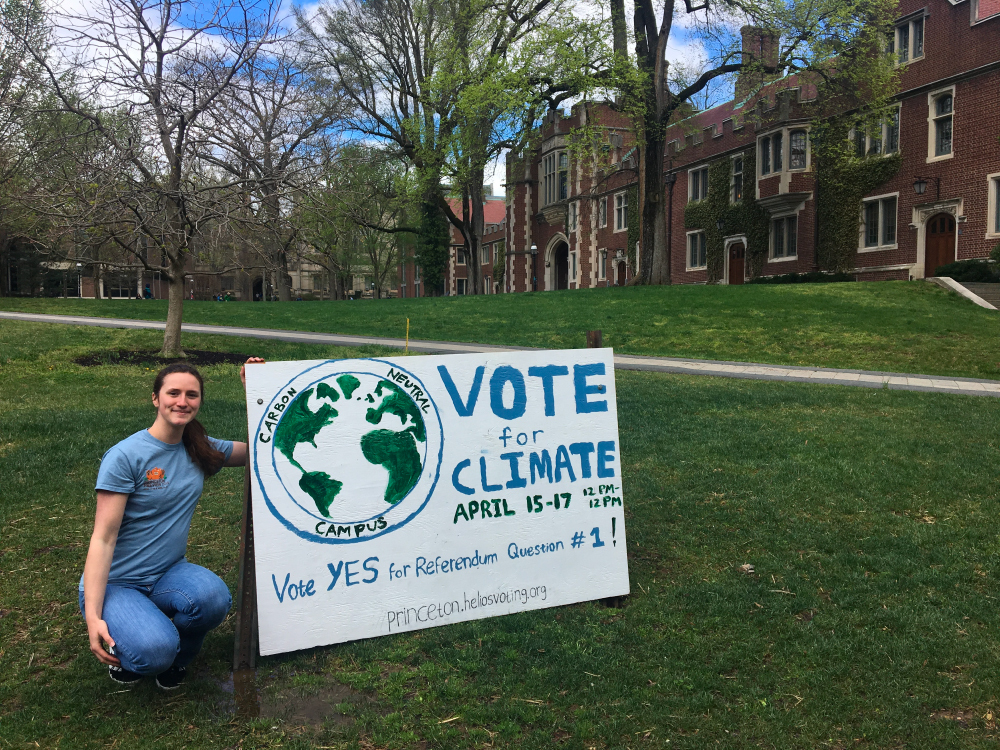 On campus, Wayner actively works to reduce the University’s environmental footprint. She is president of the Princeton Student Climate Initiative where she spearheaded a student referendum to accelerate the University’s path to carbon neutrality, and met with University administrators to help implement the referendum. She later established a permanent USG sustainability committee. As an EcoRep through the Office of Sustainability, Wayner advises event organizers across campus on reducing waste and, as a PEI summer intern in 2019, volunteered with Princeton’s Engineers Without Borders-Peru team to complete a gravity-fed water system for the village of Pusunchás.

Wayner’s interest in environmental policy started as a high school student when she co-founded the non-profit group Baltimore Beyond Plastic, which grew to more than 300 members and succeeded in getting bans on Styrofaom passed in Baltimore and Maryland. She shared a 2018 Barron Prize for Young Heroes for her work.

“Receiving the Udall scholarship is a true honor, and I am grateful to all of those who have supported and mentored me along the way,” Wayner said. “I am looking forward to expanding on the environmental work that I’ve done thus far by continuing to study and advocate for a net-zero carbon future.”