The Princeton Environmental Institute (PEI) has selected four Princeton University graduate students as 2020 recipients of the Walbridge Fund Graduate Award for Environmental Research. The awardees are Danielle Chase, Nicolas Choquette-Levy, Zachary Garvin and Julie Tierney. They represent the departments of mechanical and aerospace engineering, geosciences, and ecology and evolutionary biology, as well as the Princeton School of Public and International Affairs.

These most recent awardees will explore environmental topics such as how microorganisms in Earth’s harshest environments consume certain greenhouse gases; the psychological factors that influence how smallholder farmers perceive and adapt to climate change; how plant adaptation influences forest biodiversity, productivity and carbon storage; and fluid-driven fracturing in porous natural materials.

Now in its 12th year, the Walbridge Award program provides up to $10,000 in research funding to Princeton Ph.D. candidates pursuing innovative research on climate science, energy solutions, environmental policy or, more broadly, on other environmental topics. With the latest awards, nearly 50 Princeton graduate students have received research support from the program. 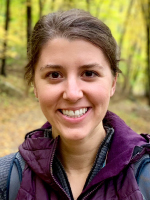 Chase will study fluid-driven fracturing in porous media, which is relevant to natural and industrial geophysical systems including hydraulic fracturing, relaxation of ice-sheet uplift due to supraglacial lake drainage, and magma transport under the Earth’s crust. Laboratory experiments of fluid-driven fracturing use transparent materials such as gelatin to visualize fracture dynamics, which is not easily achievable using real rock. Natural materials, however, are permeable and fluid can leak into the surrounding matrix during both fracture and post-fracture. Chase plans to develop experimental and theoretical models for the injection of fluid between a porous substrate and an elastic sheet to study fracture dynamics, as well as the post-fracture drainage of a fluid-filled crack into the surrounding porous material. Chase hopes that this work might provide insight into how fracturing and drainage dynamics are affected by the permeability and the elastic properties of the material.

“How Do Smallholder Farmers Form Perceptions About Climate and Livelihood Risks?” 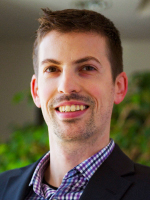 Choquette-Levy will investigate the psychological factors that influence how smallholder farmers perceive — and may adapt to — the effects of climate change. The world’s approximately 500 million smallholder farmers make up a significant portion of many countries’ food supply and economic activity. Yet, research suggests that small-scale farmers do not make  decisions such as transitioning to different crops or migrating to cities based simply on economics. Choquette-Levy plans to survey around 200 smallholder farming households in the Chitwan Valley of Nepal, which is one of the most vulnerable countries to climate change. He seeks to pinpoint the influence and structure of the information sources — particularly social networks — on which most farmers base their perceptions of climate change. He then hopes to determine the range of climate risk perceptions within farm communities and how it correlates with demographic factors such as education level. Finally, Choquette-Levy plans to explore how a farmer’s perception of climate risks matches with how they perceive the risks of different adaptation strategies. His results will complement a modeling project he developed as part of his doctoral research on climate-linked human migration. 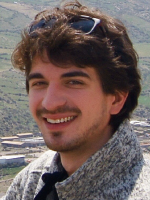 Garvin will explore the extent to which soil microorganisms living in Earth’s harshest environments consume less-prevalent, or trace, greenhouse and climate-relevant gases such as methane, carbon monoxide and hydrogen sulfide. He will analyze soil from the high-altitude Polloquere hot springs in Chile, which are surrounded by multiple geothermal areas and sulfurous volcanic formations. He hopes to help determine if microorganisms consuming trace gases outcompete photosynthetic organisms under extreme conditions due to the greater competition for carbon dioxide and sunlight. His work could expand our understanding of greenhouse gas uptake in arid and mountainous environments, as well as the role of bacteria in these areas in local and global biogeochemical cycles. 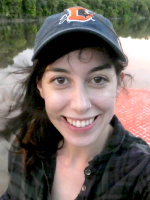 Tierney will study the dwarf-like “white-sand” forests that grow amid the towering stands of the Amazon in order to answer long-standing questions about plant adaptation and the assembly of plant communities. The slow-growing trees of the nutrient-poor white-sand forests are biologically distinct from the flora in the surrounding “terra firme” forest, possibly due to differences in soil conditions. Tierney will continue her work in Peru’s Allpahuayo-Mishana National Reserve monitoring the growth, development and mortality of transplanted seedlings — as well as established trees — from both types of forest as they’re treated with different nutrient mixtures. She seeks to provide with her research insights into how the strategies plants have adapted to utilize soil nutrients influence forest biodiversity, productivity and carbon storage.