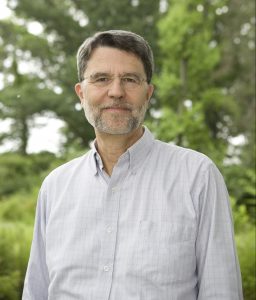 Sarmiento, who is director of the Southern Ocean Carbon and Climate Observations and Modeling project (SOCCOM) based in the Princeton Environmental Institute (PEI), was honored for his directorship of the Cooperative Institute for Modeling the Earth System (CIMES) and its predecessor, the PEI-sponsored Cooperative Institute for Climate Science. He was selected for an award in the “Partners” category, which recognizes non-federal sector allies whose support and guidance of government initiatives was key to their success.

Government Executive cited Sarmiento’s collaborative research with NOAA’s Geophysical Fluid Dynamics Laboratory (GFDL) located on Princeton’s Forrestal Campus, writing: “This unique academic-government partnership is an established world leader in understanding and predicting weather and climate across time scales from days to decades. … Sarmiento has been an inspiring leader in the partnership to advance its weather and climate goals. Through the work of the researchers attracted to Princeton by Sarmiento’s scientific acumen, GFDL has become a world leader in developing earth system models, the tools used to predict how climate and environmental systems will change in the future.”

Recipients will be recognized Sept. 19 at an event at the Washington National Cathedral.