Hannah Bradley, Makoto Lalwani, Katja Luxem, Ian Miller, and Liana Wait were named as the 2019 recipients of the Walbridge Fund Graduate Award for Environmental Research, which provides up to $10,000 for fieldwork, travel, conference participation, and other research costs. DJ Rasmussen received the Karl F. Schlaepfer ’49 and Gloria G. Schlaepfer Fund, which is awarded periodically to support graduate research and travel related to environmental studies.

Their research addresses environmental issues such as the effect of climate change on the spread of plant pathogens; changes in how people perceive and use natural lands; the history and shortfalls of mega coastal-defense projects; the development of sustainable chemical processing; the distinction between natural sources of methane; and how environmental factors influence parasite infection in animals. Brief descriptions of each recipient’s research proposal are below. 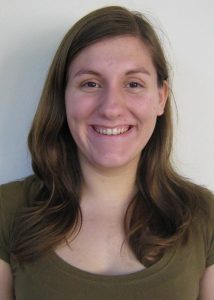 Bradley will spend a year in Kachemak Bay, Alaska, interviewing local landowners, cattle ranchers, government land managers, and conservationists and biologists to construct an ethnography of the perspectives, priorities and personal histories that shape people’s ideas of nature and their approach to conservation. Born and raised in Alaska, Bradley will focus on the Fox River Flats, a protected bird sanctuary and free-range grazing area for livestock. Bradley plans to supplement her research of local land history by interviewing property owners about their personal history with their land; participating in livestock handling; helping maintain seasonal properties; and attending public meetings and land-management work sessions as the Flats’ many stakeholders renegotiate its future based on human need and environmental instability caused by climate change. 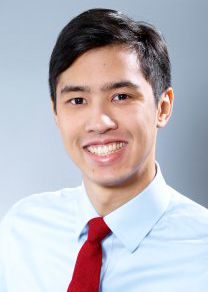 “Dynamic Control of Microbial Consortia for Sustainable Chemical Production”
Adviser: José Avalos, Assistant Professor of Chemical and Biological Engineering and the Andlinger Center for Energy and the Environment

Lalwani will engineer microbes controlled by light that could lead to the cleaner and more sustainable production of chemicals without the traditional reliance on fossil fuels. The manufacture of fuels, plastics, dyes, and other common chemicals often relies on environmentally unfriendly methods such as petrochemical processing. Lalwani aims to manipulate various vital functions of microbes using different colors of light, which should enable robust and customizable control of engineered microbial communities for making biofuels, bioplastics and pharmaceuticals. 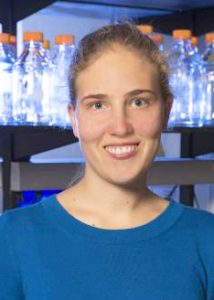 Luxem will create a “toolkit” for gauging the levels of methane created by nitrogenase, a nitrogen-fixing enzyme produced by bacteria — such as blue-green algae and boreal mosses — that can directly break down carbon dioxide into methane. Methane is over 30 times more potent a greenhouse gas than carbon dioxide, but the methane produced by nitrogenase has been difficult to distinguish from other sources. Luxem’s previous research, however, has shown that the ratio of the element deuterium to hydrogen is lower in nitrogenase-derived methane than it is in other forms of the gas. Luxem will develop this characteristic into an instrument to help determine how much of the planet’s methane budget is derived from natural plant systems, and how closely the planet’s nitrogen and carbon cycles are linked. 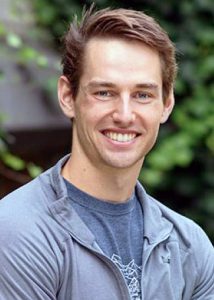 Miller will study the limitations on how quickly and aggressively plant pathogens, particularly fungi, can adapt to new hosts and home ranges as climate change creates more favorable conditions for the spread of plant diseases. Miller will study the resistance of the flower Lewis flax to the flax rust fungus in order to understand how the tradeoff between aggressiveness and infectiousness contains the pathogen’s evolution under different environmental conditions. From these data, he plans to develop a model for projecting and controlling pathogen evolution as climate conditions change, which could help in protecting food crops as they’re introduced to new diseases. 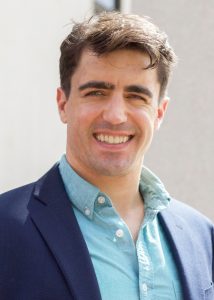 Rasmussen will explore the politics of climate change adaptation to provide insights for planning efforts and policy reforms that would more effectively protect people and the built environment from coastal floods and sea-level rise. He will use government archives and interviews to create a historical analysis of large coastal-defense projects in New York City and elsewhere in the United States in order to gain a better understanding about the factors that lead to their construction. As a separate project, Rasmussen will write, produce, and film a 10-minute documentary that critiques plans proposed since Hurricane Sandy to protect New York City from coastal storms, with an emphasis on coastal mega-projects. 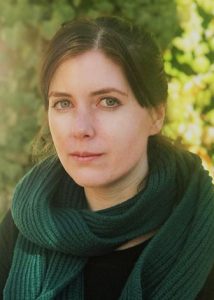 Wait will study wild raccoons to understand how parasite infection is influenced by the host species’ overall population density, herd immunity and environmental factors such as urbanization. Raccoons are exposed to a range of parasites and diseases — including several that can spread to humans — and can thrive in urban, rural and wilderness areas from Canada to Panama. Wait will work with the U.S. Department of Agriculture’s Wildlife Services to trap raccoons across an urban-rural gradient in the greater Burlington, Vermont, area. She will then analyze blood and fecal samples from the animals to determine how an individual’s environment contributes to the risk of parasite infection and the host’s immune response. Her research could help provide better insight into the potential increase of animal-to-human disease transmission as humans and wildlife increasingly share the same spaces.