The Princeton Environmental Institute (PEI) has selected nine Princeton University graduate students representing six departments and programs as 2019 recipients of the Mary and Randall Hack ’69 Graduate Awards for Water and the Environment. The awards provide up to $8,000 in research funding to Princeton Ph.D. candidates exploring water and water-related topics in various disciplines, including climate science, biology, engineering and environmental policy.

The 2019 recipients are Christopher Browne, Sassan Hajirezaie, Matthew Hutchinson, Wenying Liao, Jack Murphy, Shiv Priyam Raghuraman, Danielle Schlesinger, Jennifer Willemsen and Shuwen Yue. Their research will address topics such as lead contamination in urban tap water; the remediation of oil contamination in groundwater; how water availability influences competition among herbivores; the effect of clouds and water vapor on Earth’s heat budget; the sealing of underground formations used for carbon capture and storage; the response of plant communities to climate change; the release of a dangerous greenhouse gas due to sea-level rise; how stored carbon dioxide could react with underground aquifers; and how a common contaminant is absorbed by soil. 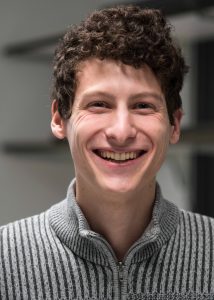 Browne will continue his research of using 3D printing to model the microscopic channels in soil to help improve the remediation of groundwater contamination, particularly from oily contaminants such as gasoline. Tests have shown that polymer solutions containing oxidants and surfactants can be effective in removing petroleum contaminants from aquifers, but how is not well known. Browne is studying how these materials flow through soils so that he can determine the best conditions for delivering oxidants and surfactants directly to contaminants during groundwater cleanup and, ultimately, how to help increase public access to clean water. 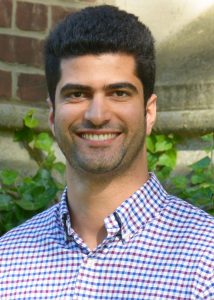 Hajirezaie will explore the role of mineral precipitation in preventing carbon dioxide leakage from underground formations used for carbon capture and storage (CCS). CSS — in which carbon emissions from the burning of fossil fuels are trapped and pumped into underground repositories — is projected to play a substantial role in mitigating CO2­ emissions. Carbon dioxide leakage from geological formations, however, could affect public acceptance of and investment in CCS, which could delay or slow deployment rates and put deep decarbonisation pathways at risk. Hajirezaie’s research has the potential to increase public acceptance of CSS and expand the potential geological formations in which CO2 could be stored, thereby increasing the pace and capacity of CCS deployment. 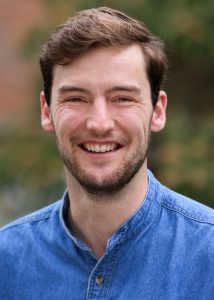 Hutchinson will use DNA metabarcoding — which identifies the plant species contained in a dung sample by their genetic code — to document the diets of all herbivores in Mozambique’s Gorongosa National Park. His research tackles the ongoing question of how herbivores compete for food in ecosystems such as savannas that experience variations in rainfall — and therefore in vegetation availability — during the year. Hutchinson will test how herbivore species in Gorongosa partition plant resources, and whether this partitioning changes in response to water availability during the year. His work aims to provide a better understanding of how species interact and maintain biodiversity, as well as help conservation managers understand how animals may avoid starvation during periods of food scarcity. 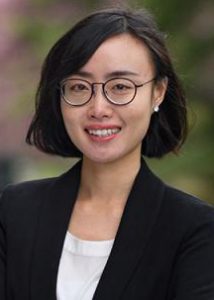 Liao will examine how drier conditions caused by climate change could affect nitrogen-fixing trees, which convert nitrogen in the air into a form available for plant use. This nitrogen is essential for nutrient-poor soils found in a wide range of ecosystems. She will develop a land-system model of trees across age groups and species that could help predict changes in the global carbon and nitrogen cycle as a result of increased drought longevity and intensity caused by climate change. Her research could help scientists understand how ecosystems may change and shift, as well as provide guidelines for managing forests under new climate conditions. 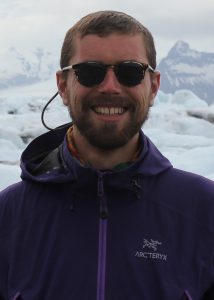 Murphy will study the variability of lead isotope ratios in residential tap water in Trenton, New Jersey, in order to distinguish between sources of lead contamination. Depending on age and composition, lead ore will have distinct isotope ratios that can be used to determine “signatures” of various industrial materials, such as service lines, solder and pipe fittings. Murphy seeks to use these signatures to establish a fast, precise and inexpensive test that would be able to identify specific sources of contamination based on water samples, as opposed to randomly opening walls and digging up pipes. His research is connected to the PEI Urban Grand Challenges project “Anthropogenic Lead in the Urban Environment,” which works with the non-profit Isles Inc. to provide no-cost lead testing for Trenton residents. 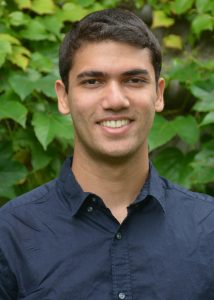 “Understanding the Impacts of Water Vapor and Cloud Changes on Earth’s Energy Budget”
Adviser: V. Ramaswamy, Director of the Geophysical Fluid Dynamics Laboratory and Lecturer with the rank of Professor in Geosciences and Atmospheric and Oceanic Sciences

Raghuraman will use satellite and climate model data to expand his research into how changes in water vapor — the most important greenhouse gas — and clouds alter Earth’s heat budget. Specifically, he will examine how inter-annual climate variability, such as El Niño, and anthropogenic influences modulate heat trapped and reflected by liquid and ice clouds. His work aims to provide a deeper understanding of how clouds could mitigate or amplify the warming effects of climate change. 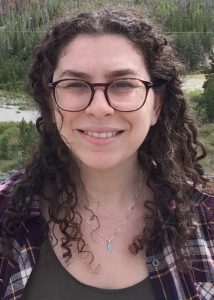 Schlesinger is studying mangrove ecosystems to understand the extent to which a class of toxic natural compounds known as organohalogens are produced in soil and released into the atmosphere when they come into contact with seawater. Because organohalogens can degrade into halomethanes that break down the Earth’s ozone layer, it is crucial to understand how these compounds function at the molecular scale as sea-level rise and the destruction of mangrove forests worldwide for coastal development increase the risk of their release. Schlesinger will collect sediment and water samples in Panama, then use X-ray and mass spectrometry to analyze the samples’ chemical content and the molecular structure of organohalogens. Her research builds on her work supported by a 2018 Walbridge Fund Graduate Award for Environmental Research from PEI. 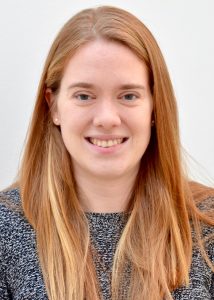 “Molecular Dynamics Simulation and Experimental Study of the Adsorption of Per- and Polyfluoroalkyl Substances on Smectite Clay Surfaces”
Adviser: Ian Bourg, Assistant Professor of Civil and Environmental Engineering and the Princeton Environmental Institute

Willemsen will explore how the common contaminants known as per- and polyfluoroalkyl substances (PFASs) — which are found in products ranging from fire-fighting foams to non-stick cookware — interact with smectite clays, one of the predominant minerals in temperate soils. Clays help drive the absorption of contaminants in soil. Willemsen will use molecular dynamics simulations, batch adsorption experiments and X-ray diffraction to examine the energetics and mechanisms of PFAS adsorption by smectite clays. Willemsen’s research will help provide a fundamental understanding of mineral-organic interactions that would improve the ability to predict how contaminants move through the environment and where they end up. 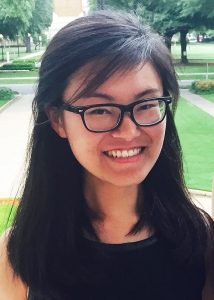 Yue will develop molecular models to better understand the behavior of carbon dioxide in saline aquifers deep underground. Saline aquifers are thought to be ideal for storing carbon emissions because of their large capacity and natural porousness. These aquifers are saturated with brine, or electrolyte solutions, which significantly affect carbon dioxide solubility, as well as the contraction and expansion of the surrounding rock. Yue seeks to create and test machine-learning ion models that accurately capture the interaction between carbon dioxide and the ions in electrolyte solutions under a wide range of temperatures, pressures and chemical compositions.