Flow: Living with the Mississippi

Jeffrey Whetstone, professor of visual arts in the Lewis Center for the Arts, produced a documentary, “The Batture Ritual,” that examines the work and lives of those who rely on the Mississippi River for survival, particularly in and around New Orleans. His work will examine how human management (and mismanagement) of the river and climate change threaten the micro and macro economies along the Mississippi, from families fishing for food, to ships supplying international markets. Subsidence and sea-level rise are resulting in southern Louisiana experiencing some of the most rapid land loss in the world, estimated at one acre of land every hour. Constriction of the Mississippi River for navigation is a major cause of local land subsidence. The disappearance of wetlands and the river’s floodplain leaves New Orleans increasingly unprotected from hurricanes and devastating floods. An installation of Whetstone’s work was shown at 2017 Prospect New Orleans, a citywide triennial of contemporary art held in New Orleans.

Whetstone also designed a new undergraduate course, “The Port of New Orleans: Culture and Climate Change,” which debuted in Spring 2018. The course examines the environmental crises facing New Orleans and the city’s response to them, which far outpaces the efforts of other American cities facing similar threats. The class included a week-long field trip to New Orleans where students toured various sites related to taming the water surrounding the city and reversing the damage caused by those same efforts. Read PEI’s coverage of the course.

As part of his project, Whetstone organized the March 25-April 7 exhibition, “Big Chief Wears a Golden Crown: Art of the New Orleans Black Masking Indians,” which featured the intricate beadwork of New Orleans’ Mardi Gras Indian “tribes.” Two of the featured artists, Chief Demond Melancon of the Young Seminole Hunters and Big Chief Darryl Montana of the Yellow Pocahontas Hunters, visited campus for an April 3 reception and panel discussion; Melancon and Montana met with Princeton students in Whetstone’s class the next day. More details on the reception, discussion and class session are here. 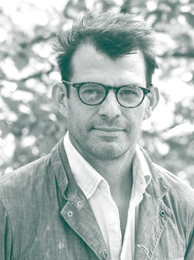