Towards Eradication of Human Malaria: Molecular Characterization of Plasmodial Dormancy

Malaria is a life-threatening parasitic disease for which approximately half of the world’s population is at risk. About 300-500 million cases of malaria are estimated to occur each year, causing nearly one million deaths. Although progress has been made in preventing and treating malaria, more effective, tolerable, and affordable therapies and vaccines are needed. The malaria parasites, which are transmitted through the bites of infected mosquitoes, causing the most harm to humans are Plasmodium falciparum (Pf) and Plasmodium vivax (Pv). They exhibit a unique and mechanistically undefined human tropism, and animal models that recapitulate these parasitic life cycles are scarce. Pv establishes frequently persistent forms in the liver called hypnozoites and in any attempt to eradicate malaria it will be necessary to know how, when and where to attack these forms. Due to the lack of experimental systems hypnozoites are almost completely undefined and mechanisms of their formation and/or reactivation are unknown. Here, we propose to utilize humanized mice, which harbor a human liver to analyze Pv infection in their native environment. We will transcriptionally profile Pv liver stages and their host cells using deep sequencing approaches. Molecular signatures of malarial dormancy will be critical for identifying putative therapeutic intervention points. 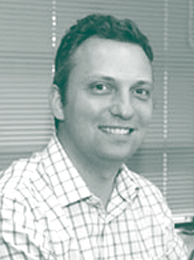