Should We Mass-Deworm the World? A Clinical Trial to Test Whether Anthelmintic Treatment Increases Risk of Virus and Bacteria-Induced Diarrhea

Mass, school-based deworming programs are becoming routine in developing countries, to eliminate parasitic helminths from the intestinal tracts of children. However, experimental evidence suggests that anthelmintics may increase host susceptibility to other infections (bacteria, viruses, or protozoa). This is because helminth removal opens up ecological and immunological niches for pathogens to invade. Thus, deworming although aimed at improving the health and cognition of helminth-infected children may instead have detrimental effects, including increased incidence of viral and bacterial diseases. Unfortunately, mass deworming campaigns fail to monitor for undesirable consequences of treatment, ignoring the prevalence and health impact of co-occurring infections. We have unique preliminary evidence from Vietnam suggesting that helminths may indeed protect children against other enteric infections. We now propose to conduct a placebo-controlled clinical trial in Vietnamese schoolchildren to examine the effects of anthelmintic treatment on risks of diarrheal disease due to opportunistic bacteria and viruses. 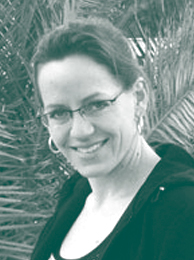