There is a growing consensus in Earth System research that the Southern Ocean, a remote and inhospitable region of the world, is a critical and under-measured gateway between the deep ocean and the surface ocean and the atmosphere. In this region, nutrients stored in the deep ocean are released to the ocean’s surface, and anthropogenic carbon and excess heat enter the deep ocean.

Observational analyses and model simulations have revealed that the Southern Ocean, which is the region south of 30°S that occupies just over one-quarter of the surface ocean area, has a profound influence on the Earth’s climate and ecosystems. This region has been found to be responsible for:

Model studies also project that changes in the Southern Ocean will have a profound influence on future climate trends, with corresponding alteration of the ocean carbon cycle, heat uptake, and ecosystems.

Recent initiatives to address these challenges have been spearheaded by Jorge Sarmiento, with the goal of forming a multi-university network of researchers united with the goals of revolutionizing the data collection and modeling capabilities in the Southern Ocean. This network of scientists and their proposed research efforts represent exciting opportunities for Princeton undergraduates to get involved in multi-year cutting-edge climate research endeavors related to sensor development, calibration, and deployment; data assimilation modeling and state estimation; high-resolution forward modeling of mixing in the Southern Ocean; and outreach. This project aims to:

Pursuing these research goals will provide an enhanced understanding of how the Earth’s climate behaves thus providing the context within which any solution to climate change must be evaluated.

The project team will support 6 undergraduate researchers as well as one post-doctoral researcher. The undergraduate researchers will receive training in climate science as well as grounding in the technical skills related to computer climate modeling, sensor development or deployment, or data acquisition and synthesis. In addition, Sarmiento and the post-doctoral researcher will work with the undergraduates and encourage them to collaborate with one another and to share the expertise that each of them is gaining from their involvement in this program with each other.

In addition to mentoring undergraduates, Prof. Sarmiento teaches one of the principal entry-level introductory courses for majors in Geosciences and related fields, GEO202, Ocean, Atmosphere, and Climate. Another of the goals for this Challenge Grant is to develop a series of lecture and laboratory modules based on the Southern Ocean community sensor network so that students in GEO202 can have the experience of working with near-real time observations of the Southern Ocean. Undergraduates will have the opportunity to analyze profiles of physical variables (temperature and salinity) and biogeochemical variables (nutrients and oxygen) measured by autonomous profiling floats currently deployed in the Southern Ocean, and to track elephant seals equipped with sensors measuring temperature, salinity and fluorescence along their path in the Southern Ocean. This will come with the option of subsequently spending a summer working on a long term research project as interns with one of the universities as noted above. Our goal would be to continue to build GEO202 into a larger feeder course for majors. 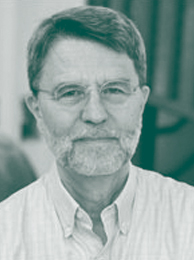