Certain types of bacteria are known to release electrons as part of their metabolic activity. This phenomenon is the platform for Microbial Fuel Cells (MFCs), where bacteria, which attach to electrodes, can be used to generate an electrical current. Traditionally, MFCs are macro-scale batch units. However, recent studies have shown that electron transport occurs only in the first few layers of bacteria surrounding the electrodes (about 15 – 20 microns in thickness). Hence, for efficiency and space purposes, there is significant benefit in making small-scale MFCs where the surface to volume ratio is higher. The methods and approach of microfluidics is a natural toolbox for this step. The framework of this Climate Energy Challenge research project is to integrate MFCs in microfluidic devices, which consist of small channels with a typical size of few tens of microns. This approach will also allow precise control of the flow conditions of the nutrient medium and its influence on the bacteria behavior. One objective of the research project is to achieve a continuously operating microfluidic MFC (steady current) in contrast to batch operation of an MFC, which is discussed in the recent research literature. Another objective is to leverage co-flow technology to try to replace the most expensive MFC component, which is the proton exchange membrane. MFCs can also be used to clean water since electricity-generating bacteria can consume contaminants in wastewater. The project team led by Howard Stone, achieved several of these goals, at least with first prototypes, made new measurements and wrote a draft of a research paper on our results.

Microbial fuel cells rely on the metabolic activity of bacteria to generate electricity. Although the electric capability of bacteria has been known for more than a century, there has been a growing interest in understanding the fundamentals of this process and exploiting it in various directions. In fact, certain bacteria are able to consume nutrients and, in return, produce electrons and protons as metabolic products. Several types of bacteria are known to have this ability; to name a few Shewanella oneidensis, Geobacter sulfurreducens and Pseudomonas aeruginosa. While electrons easily recombine in oxygen-rich water, they can be collected by electrodes in an anaerobic environment. The bacteria transfer electrons to electrodes either (i) by direct contact, that is, bacteria adhere to electrodes and release electrons through the membrane or through nanowires that have been identified in recent work, or (ii) by using mediators known as electron shuttles. Bacteria produce and release electrons after forming a colony or biofilm on the surface of an electrode. Thus, microbial fuel cells represent an alternative for the generation of electricity by renewable sources. One of the biggest research and technological challenges is related to the low power output and the limited time of operation of typical batch MFCs. The present work shows how the flow of nutrient and catholyte solution can solve some aspects of both these issues and positively influence the performance of a MFC. By taking advantage of microfluidic geometry the team was able to accurately control the flow rate and to optimize the quantity of bacteria actively generating electrical potential per unit volume.The integration of Microbial Fuel Cells (MFC) in a microfluidic geometry can potentially significantly enhance the power density of these cells, which would then have more active bacteria per unit volume. Moreover, microfluidic MFC can be operated in a continuous mode as opposed to the traditional batch-fed mode. Stone and his team investigated the effect of fluid flow on the performance of microfluidic MFC. For example, they found that the growth and the structure of the bacterial biofilm on the electrode depend to a large extent on the shear stress of the flow. They observed the existence of a range of flow rates for which MFC can achieve maximum current production. When operated under these optimal conditions, the power density of our microfluidic MFC is about 20 times that of a similar-sized batch MFC. Furthermore, this optimum suggests an interplay between biofilm formation and fluid flow. While an increased flow rate can stimulate bacteria and can enhance the delivery of nutrients, it can also impact the structural integrity of the biofilm, which they attempted to measure and quantify though this proved to be difficult.

In the first part of their research, Stone’s team developed their continuous MFC design (Figure 1). Then, they performed a large number of experiments and reported and analyzed their experimental results obtained by varying the MFC injection flow rate. Increasing the flow rate increases the delivery of nutrients to bacteria, which may also be stimulated by fluid flow. On the other hand, the bacterial biofilm experiences more stress at higher flow rates. Stone and his colleagues believe that these competing mechanisms are responsible for the optimal MFC performance, which they found experimentally. Finally, the team provided preliminary considerations to rationalize the previous experimental finding and where possible they made some first steps in mathematical modeling.In particular, as one other feature the team learned in their experiments, they found that an optimal flow-rate condition exists. When they operate the MFC in this condition they have a higher voltage output, and a maximum electrical power, and responsiveness, meaning that they can obtain higher voltage in less time. First, in the presence of a flow of nutrient and catholyte they measure a background electrochemical potential, Ve , which is not dependent on the presence of bacteria. They then confirm analytically the dependence of Ve on the flow rate, in particular Ve  is proportional to the 1/3rd power of the flow rate Q (Figure 2). They stress the fact that it is important to be able to quantify this background electrochemical potential in order to give a correct estimate of the electricity generated by the bacteria and a model based on the “Leveque” solution known in the chemical engineering transport field helps rationalize the observed dependence of Ve on Q.

Finally, in Stone’s research they provided preliminary evidences of an unexpected behavior of the formation of biofilm under the optimal flow rate conditions, where they observed that bacteria grow much less biofilm compared to either lower or higher flow rates. These set of experiments open a question on the relation between the biofilm formation and the mechanism of release of electrons. A higher surface coverage seems in fact not necessary in order to enhance the performance of a MFC. Stone and his colleagues hope to investigate these questions in future research.

The focus towards water quality and cleaning, rather than energy generation, is likely a better, more significant goal given that the microfluidic microbial fuel cells are small and the energy output is correspondingly small. 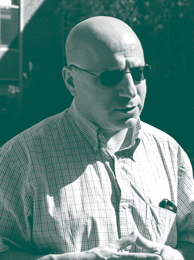