At the beginning of the 20th century, approximately 10% of the world’s population lived in cities; today, more than half of the world’s dwellers live in urbanized areas. Recent studies indicate that compact cities are significantly more energy-efficient than sprawling suburbs. As societies of the so-called Global South continue to urbanize at a rapid pace, it is more than ever urgent to examine ways in which cities can present viable models for sustainable development.

Recent disasters – earthquakes, floods, hurricanes, etc. – have served as painful reminders that human-made environments and natural forces are in constant interaction. These relationships often occur in less visible or self-evident ways: the encroachment of agriculture into rain forests in South America is tied to demands from urban markets; the water and waste management of metropolitan areas depends on intricate infrastructures that often remain opaque to urban dwellers, while they impact regional ecosystems; car dependent suburbanites living in tree-lined streets of single family houses often produce a heavier carbon footprint than residents of dense and polluted inner cities, relying on mass transportation systems.

In an effort to bridge the environmental sciences, architecture, and the humanities, this interdisciplinary project led by professors Mario Gandelsonas and Bruno Carvalho will explore how scientists, writers, planners and designers have attempted to rethink traditional city/nature dichotomies. The term environment only acquired its current specialized ecological sense in the late 1950s. Today, as part of our search for solutions to climate and energy challenges in a rapidly urbanizing world, it is crucial to reassess and better understand the role of cities in the environment.

“Environmental Challenges, Urban Solutions” will be offered for the first time in the Spring of 2015, co-taught by Carvalho and Gandelsonas. Under the auspices of PEI, the ENV course will be cross-listed with Urban Studies (URB), Architecture (ARC), and Latin American Studies (LAS). The proposed interdisciplinary course aims to add historical, theoretical and cultural dimensions to scientific, technological, and policy aspects of current environmental challenges.

The course will take shape as a multi-year initiative seeking to prepare undergraduate students to more effectively address the intersections between climate, energy, and urban environments. Readings will approach issues of sustainability from a variety of perspectives, engaging multiple interrelated dimensions of urbanization processes. Over the course of a given semester, students should be exposed to the expertise of an array of visiting specialists working in various disciplines and areas of the world, including architects, city planners, engineers, scientists, activists, entrepreneurs, politicians, cultural critics and artists. The team’s goal will be to identify sustainable solutions that are sensitive to issues like water resource management, energy efficiency, technology innovation, human and environmental health, as well as equity and fairness, poverty and job creation, and more intangible notions of belonging – of cities as homes.

Since the North American urban model of high rise downtowns and sprawling low density suburbs, centralized energy grids, and depletion of water resources has become universally adopted, the problems inherent in it have spread all over the world. Therefore, the course will seek to stimulate academic research and civic engagement that focuses on local, regional, and global scales. A site visit to São Paulo (Brazil) during Spring break will provide experiential immersion experiences for undergraduate students. This will be an opportunity to experience first-hand some of the issues discussed in class.

Mario Gandelsonas is a member of the Urban Strategy Council of GDF Suez, an international group of experts that is developing a vision for the city of tomorrow and promoting innovative urban policy.

Bruno Carvalho, despite his scholarly training in the Humanities, has been invited to take place in various debates with policy makers and social scientists about issues related to cities and the environment. 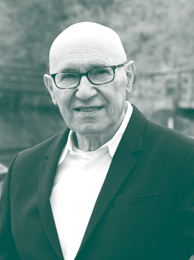 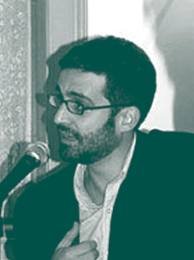