Climate Change, the Ocean and the Global Cycles of Biologically Active Elements

Daniel Sigman investigates the interaction between biogeochemical cycles and the Earth’s physical climate, in the past, the present, and into the future. His Siebel Energy Challenge project focuses on studies in and around Bermuda, with the Bermuda Institute of Ocean Sciences (BIOS) providing a collaborative and convenient platform for combined research and education that involves the globally representative open ocean.

In one set of studies conducted by the Sigman lab, Princeton graduate students and undergraduates are using new isotopic methods to study upper ocean nutrient cycling and the nitrogen sources to the plankton in Sargasso Sea surface waters. The group of researchers has found a surprisingly sharp distinction between prokaryotic and eukaryotic phytoplankton in the chemical forms of nitrogen that they consume, with implications for how the ecosystem will respond to climate change. This work also investigates the role of atmospheric deposition in the open ocean’s nitrogen cycle, with a central goal being to quantify current human impacts on the nutrient cycling of the open ocean.

In a second set of studies, corals and shell-secreting zooplankton called foraminifera are being evaluated as archives of upper ocean nutrient cycle changes through time. Specifically, the isotopic composition of the trace organic matter bound within the fossils’ mineral matrix is analyzed to reconstruct changes in nitrogen inputs to the surface ocean. Based on Sigman’s modern ocean studies, records into the past are being generated. A key finding is that an internal biological feedback exists within the ocean to stabilize the ocean’s inventory of nitrogen nutrients over time (see inset).

Through ocean-going research activities suited for undergraduate involvement, members of the Sigman group are developing a deeper understanding of nutrient and carbon cycling in the ocean, its past and present impacts on atmospheric CO2, and its sensitivities to alteration by human activities.

As part of this Grand Challenges project, two new undergraduate courses in climate and the global environment were developed to communicate the most fundamental concepts and pressing questions to Princeton students with a broad range of intellectual and professional trajectories. A climate-for-poets course, GEO 102: “Climate: Past, present, and future,” was created in collaboration with geosciences faculty Michael Bender. The course was taught in the fall of 2009 and 2010, and it is now a central part of the Geosciences undergraduate course offerings. The course includes a laboratory option, and Sigman participates in the labs and field trips, expanding on their main points and drawing connections with the lectures. An intermediate level environmental geochemistry course, GEO 364: “Earth Chemistry: Major realms of the planet” was also developed in collaboration with Professor Bender and taught for the first time in Spring 2011.

Sigman and faculty colleague Bess Ward received National Science Foundation (NSF) funding to purchase new instrumentation to further this Grand Challenges-funded project. With collaborators from BIOS and Brown University, Sigman also received funding from NSF to: (1) continue the investigation of ocean/atmosphere interactions in the Sargasso Sea, and (2) broaden the study of foraminifera as recorders of past ocean change; both of these projects rely on Bermuda and BIOS.

The project has also resulted in the following publications: 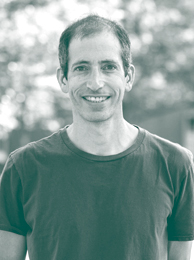