The Hedin lab seeks to understand how tropical land ecosystems function within the coupled Earth-climate-energy system. This research program brings together the techniques of molecular biology and functional biogeochemistry in an interdisciplinary manner, allowing for new ways to probe some of the most critical feedbacks that govern how tropical land ecosystems influence Earth’s changing climate.

Specifically, the Hedin group is seeking to understand the role of microbial diversity in determining a critical feedback that governs the ability of tropical forests to respond to anthropogenic carbon dioxide (CO2) fertilization: that of biological nitrogen fixation caused by plant-microbial symbioses. These symbioses are common in tropical forests and research in the Hedin laboratory has increasingly pointed to symbiotic nitrogen fixation as the perhaps most essential limit to the ability of tropical forests to serve as sustained carbon sinks in the Earth system.

This project aims to open the “black box” of microbial communities responsible for nitrogen fixation in tropical soils, which is a fundamental aspect of understanding the tropical carbon sink. The relationship between trees, nitrogen-fixing bacteria, and the geochemistry of the surrounding soil is critical to understanding this process. Previous studies have emphasized nutrient and soil components of symbiotic fixation, but there has been little attention to the role of the plant-microbe symbiosis in general, and functional analysis of microbial diversity in particular.

This project addresses these questions through linking molecular biology with biogeochemistry by measuring rates of nitrogen fixation, as well as characterizing the microbial community through the key functional gene in nitrogen fixation. The project will give insight into fundamental questions about nitrogen cycling in the tropics, specifically the persisting paradox of nitrogen fixation under generally nitrogen-rich conditions. Comparing community composition of key functional genes to measured nitrogen transformation rates will bridge the gap between a molecular biology and biogeochemical approach to ecosystem evaluation.

As part of this project, Hedin’s EEB/ENV 417: “Ecosystems and Global Change” class was revised to include (i) an explicit analysis of links between trajectories of energy-use, responses of ecosystems, and biogeochemical feedbacks within the earth-climate system, (ii) an inquiry-based field laboratory module offering hands-on experience to modern tools in molecular biology and functional biogeochemistry, and (iii) a fall break trip to Panamanian tropical forests to address fundamental research questions through group-led projects.

As a member of the Hedin group, graduate student Sarah Batterman is investigating how tropical nitrogen fixation changes across gradients in soil fertility and as abandoned cattle pastures regrow into forests. In particular, Sarah is looking to understand how individual plants and species differ in their nitrogen fixation strategies, how nitrogen, phosphorus and carbon availability control fixation rates, and what the consequences are for nitrogen cycling and nutrient limitation in terrestrial ecosystem.

Also a graduate student in the Hedin lab, Annette Trierweiler is looking at the response of nitrogen fixers to nitrogen, phosphorus and molybdenum limitations under pre-industrial, present day, and predicted CO2 levels. To this end, Annette is conducting a series of comparative and controlled greenhouse and field experiments in Panama to evaluate nitrogen fixation processes in nitrogen fixing and non-fixing tree species. 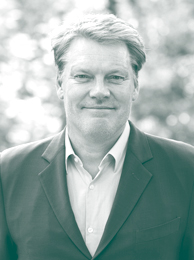