A Princeton Institute for Rainforests and the Amazon including their Nutrients, Hydrology, and the Atmosphere (PIRANHA)

The objective of this project is to develop the capacity to forecast how tropical forests and their carbon stocks will respond to perturbations in resource environment. It has involved close collaboration between the Medvigy and Hedin laboratories and involvement of students at all levels.

The project team’s  particular focus is on how nutrient limitation and the activity of nitrogen-fixing species can mitigate ecosystem responses to disturbances and climate change. They are using a unique combination of field measurements from Panamanian rain forests and together with sophisticated numerical models. They used measurements to quantify the mechanisms governing nutrient limitation and nitrogen fixation. These mechanisms, together with other critical aspects of the nitrogen cycle, have been incorporated into the Ecosystem Demography model 2 (ED2). Thus far, their model simulations have been able to reproduce critical field observations, including chronosequences of above-ground biomass and changes in nitrogen-fixer abundance along a chronosequence. The team is currently conducting simulations to assess how changing disturbance and climate regimes affect ecosystem carbon storage through modifications of the nitrogen cycle and are preparing a manuscript based on our results.

While tropical forests contribute a significant portion of the land C sink, their future ability to sequester CO2 may be governed by how nutrients interact with forest recovery from cutting, agricultural land use, or natural disturbances. It is increasingly clear that a large fraction of tropical forests worldwide are recovering from some form of disturbance and there is evidence for the existence of nutrient limitation on C accumulation in tropical forests. Empirical studies have shown that N2-fixing tree species – which are abundant and diverse across tropical forests – may act to alleviate N limitation on plant growth during particular periods of post-disturbance recovery. Despite these and other interactions between forest C uptake and nutrient cycles, few Earth System Models are constructed such that they are able to consider the spatial and temporal scales necessary to resolve these dynamics.

The major research activity and accomplishment of this project is the development a framework to represent nutrient limitation in the state-of-the-art Ecosystem Demography Model (ED2). ED2 evaluates land-atmosphere exchanges of CO2, water, radiation and energy, and tracks the local transformation and cycling of carbon between plants and soil. This model (Fig. 1) explicitly tracks the changing landscape age-structure and associated sub-grid scale heterogeneity arising from prior disturbance history. Vegetation is represented in terms of the biomass density of trees of a given plant functional type and size existing in a patch of a given age (the patch age corresponds to the time since last disturbance). A set of diagnostic equations is used to resolve plant height, diameter, and live, storage, and dead biomass pools.

In tropical forests, the major source of nitrogen input is through biological nitrogen fixation. Most dynamic models that represent nitrogen input through biological nitrogen fixation base the nitrogen fixation estimate on ecosystem properties, apply a mass balance approach, or treat it as a costly process involving tradeoffs. However, no dynamic global vegetation model has modeled the activity of nitrogen fixers as a separate functional group able to alter fixation activity in response to their environment. This adjustment of fixation activity plays a key role in alleviating nutrient limitation during forest development and is therefore a critical dynamic to capture when modeling tropical forest recovery from disturbance.

To address this gap in their current modeling capabilities, the team developed nitrogen fixing plant functional types capable of adjusting their fixation rates in response to their resource environment (“facultative” fixation). This is one of the most exciting and novel aspects of their work. They achieved this by using measurements of nitrogen fixation from 268 trees in a lowland tropical forest to develop and parameterize our model.

The team also evaluated the model using observations from a Panamanian rainforest. Over the past four years the Hedin lab has worked closely with collaborators at the Smithsonian Tropical Research Institute as part of the Agua Salud Project. This collaboration has given them access to information from >13,000 trees from 297 identified species across a large-scale chronosequence in different stages of land-use recovery from pasture: 5, 12, 30, 80 years old, and forests at or near mature status. They have used chronosequences from this dataset to evaluate our model.The vegetation carbon storage in Figure 3 for the observed and simulated Agua Salud plots. Initially, total plant carbon is near zero because the initial condition represents the immediate aftermath of a severe disturbance. Then, over the next few decades, the observations (dots) indicate a rapid increase in vegetation carbon storage. The observed rate of carbon uptake is accurately captured by the model (solid line). Over time, however, the rate of carbon uptake decreases and the vegetation approaches an equilibrium biomass. The observed plant carbon at the mature plots (year 300) is very close to the asymptotic biomass simulated by the model.

The team has attracted and guided undergraduate and Ph.D. students in high-quality research experiences. They have also incorporated new lectures and modules in courses.

GEO 430, “Climate and the Terrestrial Biosphere”: Taught by David Medvigy in Fall 2011 and Fall 2013. New lecture modules that provided students with the theoretical underpinning of the tropical carbon cycle, carbon-nitrogen interactions, and the ED2 model were introduced to the course.

ENV 302 “Advanced Analysis of Environmental Systems”:Taught each spring by Lars Hedin and Michael Celia. It is a core course for the new tracked environmental certificate.

Graduate dissertations: This project has enabled essential field work to be carried out by EEB Ph.D. students Sarah Batterman and Annette Trierweiler in Panama. Also, the nutrient parameterizations developed by postdoctoral scholar Jennifer Levy (nitrogen) and undergraduate Andrew Budnick (Class of 2013) are actively being used by graduate students in our labs.  In particular, these new model parameterizations are contributing to research being done by Anna Trugman (Ph.D. student in Atmospheric and Oceanic Sciences) and Xiangtao Xu (Ph.D. student in Geosciences).

Junior and senior independent work The PIRANHA consortium was established.  The objective of this consortium is to train undergraduates to carry out research related to tropical forests.  PIRANHA has proven immensely popular. In the past 2 years, Medvigy and Hedin have advised 11 PIRANHA-related Junior Projects and Senior Theses.

Summer internships: Eight PIRANHA undergraduate summer research projects were advised by Medvigy and Hedin in the summers of 2012 and 2013.

The following publication was in part supported by this project.

The next stage of this project is to apply their newly created model to address a problem that is emerging as central to the understanding of how tropical ecosystems function within the global earth system – the critical role played by biological nitrogen fixation and by the biological diversity of plant species, in determining the ability of tropical forests to serve as a sustained sink for atmospheric CO2.

The team expects that the existence of nitrogen fixing trees will increase the rate of tropical forest C accumulation in early stages of succession by easing nutrient limitation. Additionally, increasing biodiversity will result in more carbon accumulation over the course of succession then a monoculture of nitrogen fixing trees. To evaluate this idea, they will carry out a series of simulations that represent increasing amounts of functional diversity under two soil conditions: low nutrients and high nutrients. While their current work involves carrying out simulations with different plant functional types, they also envision a series of experiments that compliment this work and envision running simulations that vary climate, nitrogen deposition rates, soil nutrient availability, disturbance (herbivory or strong storm damage), facultative versus obligate nitrogen fixer strategy, and potential threshold effects of nitrogen fixer plant density on supporting tropical forest carbon accumulation. 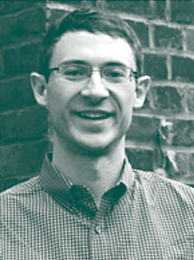 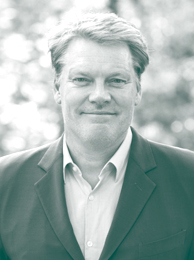