Jonathan Levine, professor of ecology and evolutionary biology, will pit fly species against one another in a series of experiments testing the extent to which evolutionary change during competitive interactions fosters biodiversity. Working with species found in local orchards, Levine will introduce hundreds of fly individuals into competitive arenas assigned to one of two experimental treatments, one containing populations with little genetic diversity, and the other with genetically diverse populations. Genetic diversity determines the potential of populations to adapt. He will then monitor the abundances of the different species to examine how evolution regulates their coexistence. If populations can evolve greater competitive ability — and do so fast enough as they are being displaced — the genetically diverse populations should show more even species abundance than in the treatment with low genetic diversity.

Levine will next evolve populations under different competitive conditions to determine if they indeed evolve greater competitive ability when depressed to low numbers by their competitors. Some populations will evolve when they are the minority, while others will evolve when they are in the majority. Levine will then subject the flies that “evolved when rare” and “evolved when common” to competition trials that will test how much more competitive populations become after having evolved in the minority. Finally, Levine will compare competition-relevant traits such as body size, fertility and maturation rate for each species in his experimental evolution treatments to explore the competitive mechanism behind his results.

Levine will recruit three undergraduate students each year to collect fruit flies from local orchards, as well as develop their own independent research projects related to the eco-evolutionary dynamics driving coexistence. Students would have the opportunity to work in the populations genetics lab of his collaborator, Paul Schmidt, professor of biology at the University of Pennsylvania. Levine will translate his work on this project into a case study for the undergraduate lecture and lab course, “Life on Earth: Mechanisms of Change in Nature.” 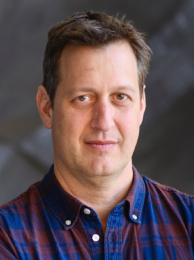