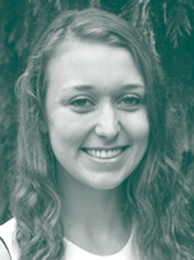 I worked on a project with Oregon State University’s Whale Telemetry Group (WTG) to assess the extent of tagging bias in their data on Eastern North Pacific blue whales tagged between 1993-2017. Tagging bias arises from the pattern of tag deployments. For blue whales, these have occurred in the few areas along the California coast where the animals gather around prey patches for long periods of time during their summer feeding season. To quantify tagging bias, I characterized the movement patterns of groups of blue whales relative to their respective tagging sites by using metrics of dispersal, residence time and group cohesion. While analyzing the data, I justified my technical choices in the context of the larger-scale ecological picture pertaining to blue whale foraging strategies and migration patterns. My research enabled me to recommend several ways in which tagging bias can be mitigated within populationlevel studies of the WTG’s blue whale tracking data. I plan to incorporate the results of this project into my independent senior-thesis work.