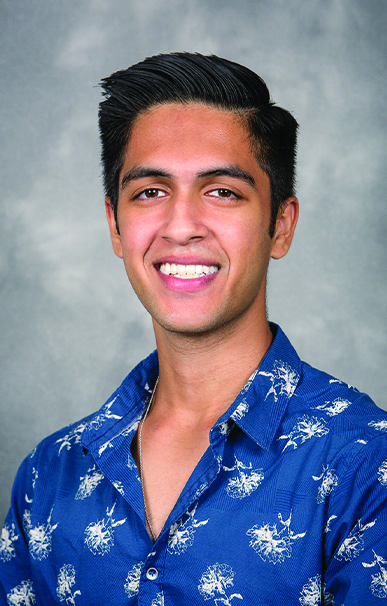 My focus was on modeling and analyzing the structure of prehistoric sponge-reef fossils to determine the role these reefs played in the Cambrian explosion, the period more than 500 million years ago when multicellular animals began appearing on Earth. I segmented images of fossil cross sections to produce training data for a convolutional neural network, which allowed us to turn fossil samples into digital 3D models of reefs. I also wrote code in MATLAB software that allowed us to trace reef branches across different cross sections of a fossil sample. This capability let us quickly analyze basic structural properties such as branching angle, which is crucial for understanding how these reefs contributed to the evolution of marine life. During my internship, I improved my coding and data skills and developed a greater awareness of the Cambrian Period. I also deepened my understanding of the research process and how I can approach and structure problems in the natural sciences.