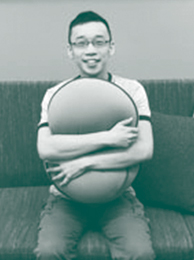 I spent the summer working on computational fluid models of an experimental nuclear-fusion device. This device has a field-reversed configuration as opposed to the normal tokamak configuration found in most nuclear-fusion devices. My primary job was to model the outermost layer of the reactor for potential use as a rocket engine. If done correctly, this will allow a nuclear-fusion device to directly power a spacecraft, which would greatly enhance the capabilities of space exploration. This internship was a fantastic opportunity for me to apply what I had learned in class to real-world applications. I had the chance to work with leading scientists and learn a lot about the laboratory environment, as well as the graduate-student life. Not only did I learn a lot about plasma physics and nuclear fusion, I also got experience working with computer modeling. This experience has opened my mind about pursuing plasma physics and graduate school after I graduate.