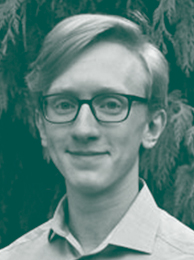 Who is Oxidizing All the Earth’s Atmospheric CH4?

This summer I assembled the bacterial genome of Upland Soil Cluster Alpha (USCα), which resides in the Canadian High Arctic. The study site at Axel Heiberg Island has been found to absorb more methane than it releases into the atmosphere (the opposite is generally true in the permafrost-affected region). However, the regional extent of this characteristic is unknown. By assembling and characterizing the genome of this high-affinity aerobic methanotroph, we can determine its probable geographic extent. This information can then be used to more accurately calculate a global methane budget. In order to characterize USCα, I learned how to use programs for genome assembly, metagenomic binning (the sorting of DNA fragments from many species), genome annotation, and the creation of phylogenic trees. These skills are incredibly useful going forward as unculturable bacteria are increasingly the source of new microbiological discoveries, and are found through cultivation-independent techniques (metagenomic sampling and single-cell genomics). Ultimately, this experience has solidified my intention to major in geosciences.