Experimental Tests of Drought and Deluge in African Rangelands

Corina Tarnita and Robert Pringle, assistant professors of ecology and evolutionary biology, are testing predictions about the self-organization of vegetation into regular patterns in response to water limitation. Climate change is expected to have major impacts on precipitation regimes, thus reshaping ecosystems and significantly influencing the availability of water for agricultural and pastoral food production. Aerial monitoring of self-organized vegetation patterns in water-stressed rangelands has been proposed as an ‘early-warning system’ for detecting ecosystems on the verge of collapse, but the utility of such indicators hinges upon an accurate understanding of the mechanisms that create the patterns — a topic hotly debated by scientists.

This project uses theoretical, observational and experimental methods in savannas and deserts in Kenya, Mozambique and Namibia to illuminate the causal basis of pattern formation; explore the role of ecosystem engineers such as subterranean termites in modifying these patterns; and test the viability of early-warning indicators of ecosystem robustness and collapse. Ultimately, the team seeks to produce a novel mechanistic model of plant-water dynamics that will be useful in forecasting the effects of climate change upon arid landscapes that millions of people rely upon for their livelihoods.

Teams of undergraduate interns will be trained during their sophomore year for junior-year summer research with the intent of pursuing a senior thesis. They will work together on collecting data, including plant identification, biomass measurements, vegetation clipping and aerial photography, soils analysis, soil hydraulics, and water-infiltration measurements.

Tarnita is teaching the freshman seminar “The Equations of Life” (FRS 191) in Fall 2017, which is about how mathematical modeling informs scientists’ understanding of plant-water feedbacks, climate change and human population growth. Pringle will guest lecture in in this course, providing an empirical perspective on the linkages between theory and data in ecology and ecohydrology. He also will dedicate lecture and laboratory material to this project in his popular upper-level ecology course, “Species Interactions, Biodiversity and Society” (EEB 321). Graduate students and post-doctoral researchers in Tarnita and Pringle’s laboratories also are conducting independent projects within the conceptual umbrella of this Grand Challenges award.

To expand the scope of this project, the team was awarded a four-year, $1.25 million award — shared with the University of Idaho — from the National Science Foundation in July 2017. This Grand Challenges project builds upon a 2013 Development Challenge project Tarnita and Pringle initiated to study spatial patterns and development in African rangelands. The results of that project led to a 2014 NSF award, which led to the current Water and the Environment grant. 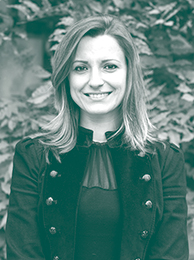 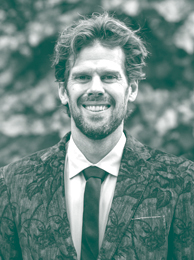