The El Niño Southern Oscillation (ENSO) is the greatest source of climate variation in tropical latitudes, causing widespread changes in rainfall patterns that can have catastrophic consequences for ecology and human welfare. Almost nothing is known about the effects of ENSO on the population dynamics of tropical forest animals, largely due to a paucity of baseline studies. This project investigates the effects of rainfall regime on two key demographic parameters – survival and reproductive success – of a tropical rainforest bird, the Greater Ani. This research extends an ongoing monitoring program in Panama, encompassing the severe El Niño-induced drought of 2015-2016 and projected La Niña rains in 2017. We will integrate field and genetic data with mathematical modeling, aiming to identify ecological drivers of population dynamics in forest birds and, ultimately, to create general models to predict population shifts under future climate change scenarios. Data collected thus far suggests that rainfall early in the rainy season is an important cue to trigger breeding, and that in dry years many birds in the population may skip reproduction entirely rather than investing energy in a breeding attempt that is unlikely to be successful. A major goal of this project is to involve undergraduates in field, lab, and modeling components of our work, providing opportunities for summer internships and multi-year preparation for senior thesis projects.

Princeton undergraduates are central to all aspects of this research, including field work in Panama and laboratory and mathematical analyses in Princeton. Students are trained across two years to give them the skills to make substantial contributions to our research, and to design and carry out their own projects alongside senior supervisors. Positions are available for four underclassmen each year for 2016 and 2017, two involved in summer field research in Panama and two involved in molecular analyses during the academic year at Princeton. Thesis topics have included projects on patterns of insect species distributions, plant phenology, or hydrology. 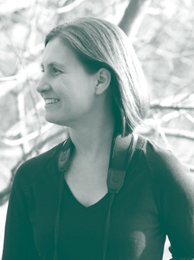