Luc Deike, assistant professor of mechanical and aerospace engineering and the Princeton Environmental Institute, will work to expand our fundamental understanding of the effect of extreme breaking waves on beaches and vertical walls, which will be necessary to develop preparedness plans for coastal urban areas. Rapid urbanization and population growth along the world’s coastlines have increased the potential destruction that flooding from storm surges, or extreme breaking waves, can deliver upon urban populations and infrastructures. At the same time, sea-level rise caused by climate change will likely increase the occurrence and severity of these devastating floods. Deike will focus on three areas intended to improve storm-flood and risk analysis for urban areas: the strain breaking waves put on beaches, sea walls and surge barriers; damage caused by “run-up,” or the water that washes inland; and the health effects of sea spray from extreme breaking waves in presence of red tides. His research will be based on simulations carried out at the University’s supercomputer facility, Princeton Institute for Computational Science and Engineering (PICSciE). The project also will serve as the basis for a collaborative National Science Foundation proposal with Sigrid Adriaenssens, associate professor of civil and environmental engineering, for the development of storm-surge barriers, and how coastal cities can adapt to current and future changes in climate.

Students participating in the project through PEI’s Internship Program will work with Deike and a postdoctoral researcher on all steps of the process, from developing numerical simulations, to attending research conferences and analyzing data. First-year students and sophomores will have the opportunity to exercise their theoretical and practical knowledge, while juniors and seniors can develop a framework for their independent research projects. The project also relates to much of the material Deike covers in his class, “Instabilities in Fluids” (MAE 463/ENV 463), in which undergraduates have the opportunity to conduct their junior or senior independent work on a project related to the impact of waves on coastal structures. In Spring 2018, Deike will teach the Quantitative Reasoning precept of “The Environmental Nexus” (ENV 200), including the case of urban coastal areas under climate change. Finally, research generated by this project will be submitted for publication in leading journals in fluid mechanics and geosciences, including the Journal of Fluid Mechanics, Physical Review Fluids and Geophysical Research Letters. 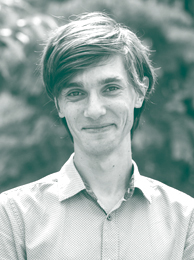