The Biological Effects of Ocean Acidification

The Morel group is conducting field and laboratory research to assess the impact of increasing atmospheric CO2 and the resulting ocean acidification on the marine biota. The focus is on marine phytoplankton, the photosynthetic organisms responsible for nearly half of primary production on Earth. The ongoing rise in atmospheric CO2 is increasing the dissolved CO2 concentration in the surface ocean, decreasing its pH, and consequently modifying the chemistry of many seawater constituents. These chemical changes in turn affect the ocean biota via a multitude of mechanisms. For example, the decrease in the degree of saturation of calcium carbonate makes it harder for calcifying organisms to precipitate their mineral structures. The decrease in pH changes the bioavailability of essential algal nutrients, including trace metals such as zinc and iron. Most directly, the increase in CO2 decreases the energy necessary for photosynthetic organisms to synthesize biomass and affects its elemental composition, particularly its C:N ratio. Such biological effects potentially lead to major perturbations in marine biogeochemical cycles including notably the biological export of CO2 to the abyss and may provide a key feedback, negative or positive, on the CO2 buildup in the atmosphere and surface ocean.

The project has demonstrated that decreasing seawater pH results in a lower bioavailability of essential trace metals such as zinc and iron to phytoplankton. This is an important result as phytoplankton are known to be limited by iron in large regions of the oceans and are likely also affected by the bioavailability of other metals, including zinc.  In addition a lower pH also decreases the efficiency of nitrogen fixation in the model marine cyanobacterium Trichodesmium, the dominant N2 fixer in the oceans. Because N2 fixation requires large quantities of iron, the effects on Fe availability and N2 fixation should amplify each other.To relate photosynthetic activity to the ambient CO2 concentration, researchers in the Morel group have also quantified the fluxes and concentrations of CO2 in sub-cellular compartments in marine diatoms. The results show that a doubling of ambient CO2 concentration decreases the energy expended on carbon fixation by about 5% with a corresponding increase in growth rate.  Such a beneficial effect partially mitigates the effects on Fe availability and N2 fixation mentioned above.

This research project is based on a series of mechanistic hypotheses on the biological effects of ocean acidification and comprises laboratory experiments as well as oceanographic field studies.

A central goal of the Grand Challenge program is to integrate environmental research into the undergraduate curriculum. We have endeavored to do so through introduction of the topic of ocean acidification in formal courses and involvement of undergraduate students in our research program. Three Formal courses have been directly impacted by this Grand Challenge project:

The project has resulted in the following publications to date: 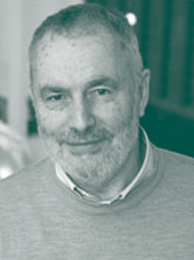