The melting of land ice from Earth’s ice sheets and high mountain glaciers is the largest contributor to global sea-level rise. As the Earth continues to warm, particularly at its poles, increased ice loss is expected to significantly increase sea level by the end of this century, affecting rich and poor countries alike. The details of this impact can be found in the complex spatial distribution and magnitude of ice-mass loss around the globe.

Efforts at Princeton University to place quantitative constraints on the mass balance of land ice have been led by Professor of Geosciences Frederik Simons and Christopher Harig, a past postdoctoral researcher at Princeton who is now an assistant professor of geosciences at the University of Arizona. By using dedicated gravity satellites to weigh ice sheets and glaciers around the globe, Simons and Harig map the parts of ice sheets that are losing the most ice and are at risk for future, perhaps irreversible, changes. Remote sensing is used to measure high mountain glaciers because their geographic distribution makes traditional field methods difficult. With continued, long-term monitoring of ice sheets and glacier areas, scientists gain a better understanding of how ice mass has responded to a warming climate and how the mass is expected to change in the future.

A new freshman seminar, “State of the Earth: Shifts and Cycles,” started a three-year run in Fall 2015. In it, students conduct field observations of the natural world with quantitative modeling and interpretation to answer questions such as, “How have Earth, climate and human histories been recorded in the geology of Princeton, the Catskills, France and Spain?,” and, “What experiments can you do to query such archives of the past?” In the classroom and around campus, students gain practical experience collecting geological and geophysical data in a geographic context, and analyze these data using statistical techniques such as regression and time-series analysis with the programming language Matlab. During the required one-day trip to the Catskills and week-long fall break trip to Spain, students engage in research projects that focus on the cycles and shifts in Earth’s shape, climate and life that now occur on the timescale of days and have been recorded in rocks over millions of years. 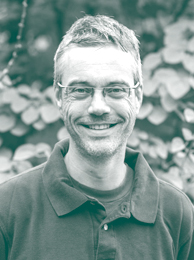