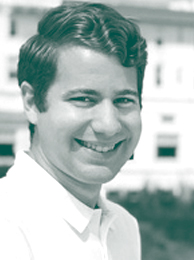 I worked designing representational graphics for the Jamaica Bay Resiliency Project, and was responsible for depicting the hamlet of Woodmere, New York. This area borders Jamaica Bay and during the past 100 years has developed from marshland into a suburb containing large amounts of infrastructure serving nearby Kennedy Airport. According to climate modeling by Princeton researchers, this area will be affected by flooding in the coming decades due to rising sea levels and the increased severity of storms caused by climate change. Guy Nordenson and Associates has designed a two-barrier system to protect the area from storm surges and tidal flooding, while also allowing the area’s marsh to flourish again. I made a 3D software model of the neighborhood to depict these proposed changes and the projected appearance of the local infrastructure and landscape through 2100. I used Adobe software to graphically represent the changes and create a set of 20 diagrammatic and pictorial drawings to represent the area as sea levels rise and the GNA plan is implemented. This internship allowed me to exercise my graphic design skills and encouraged me to continue pursuing a career as an architect.