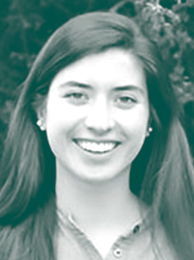 I primarily worked on three projects for the clean-energy team at the Environmental Defense Fund (EDF) in New York City during the summer. I focused on energy issues affecting lowto- moderate income residents in New York City. I also examined the New York Public Service Commission’s initiative to improve the accuracy with which it values solar power injected into the electric grid. Finally, I studied the feasibility and potential scope of electric-vehicle use in New York City. I conducted internet research and produced a number of research reports and summaries for EDF employees. The summer provided me with insight into the operation of a large environmental nonprofit, with a special emphasis on the interface between nonprofits and partners in private and government sectors. Because of the internship, I have an increased interest in energy issues, and I am interested in exploring the intersection of energy and business.