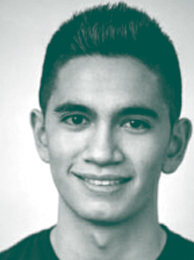 Batteries are a critical link for achieving widespread renewable energy. Lightening Energy seeks to mitigate current problems regarding weight and limited energy capacity by developing novel lithium-ion batteries that are lightweight and charge within minutes. These capabilities generate massive amounts of heat, which, if left unmanaged, can cause exothermic reactions such as batteries exploding. In collaboration with other interns, I used computer-aided design and computational fluid dynamics software to develop a prototype active-cooling system that would maintain the safety and performance of these battery systems. The team then assembled the prototype, which included parts we had machined using a computer numerical-control mill that cut pieces of custom-fit aluminum. I especially enjoyed Lightening Energy’s agility. Along with the other interns, I regularly joined, and contributed to, discussions with senior engineers and even the CEO. This gave me great insight into the workings of a small company.