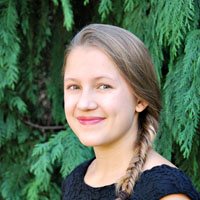 Geophysical Studies of Princeton and Beyond

I worked with the GuyotPhysics research group in Princeton looking at seismic data from the seismometer installed in the basement of Guyot Hall. The seismometer was installed only two years ago, so I completed some of the first research using its data. I explored the sensitivity of the seismometer to earthquake signals. To do so, I created algorithms using MATLAB to quantify the quality of data for a given earthquake. Only if an earthquake was of high enough quality would I use it for the rest of my analysis. After finding the “good” earthquakes, I determined the relationship between the quality of seismic data and an earthquake’s distance and magnitude. I found that the seismometer records increasingly smaller earthquakes the closer the earthquake is to Princeton, and increasingly further earthquakes the larger the earthquake’s magnitude. This internship was interesting and valuable to me as I learned a lot about geosciences, programming and the research process in general. It also affirmed my desire to major in geosciences.