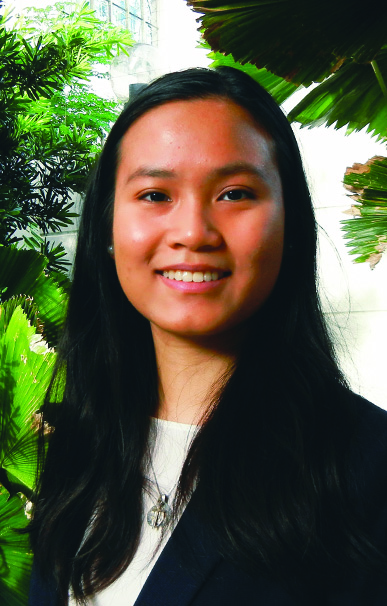 Efficient Propulsion of a Robotic Tuna

The team I worked on studied the mechanics of how tuna swim, which could contribute to the development of more efficient underwater vehicles. Tuna, which are one of the most efficient long-range swimmers in the ocean, move their tails in an oscillatory motion. Our study looked specifically at how the geometry of the tuna’s tail fin could potentially affect the thrust, drag, power and efficiency of the fish. We built upon our fluid-mechanics coursework by reading up on various marine animals and their locomotor methods. We then used computer-aided design to create tail fins and robotic assemblies with varying geometries for which we changed the sweep angle, but kept the planform area and aspect ratio constant. We analyzed our designs by simulating them in the software Ansys Fluent, a computational fluid dynamics tool. Although we were not able to simulate the entire parameter space during the summer, we picked up many new skills that will surely prove useful in our later engineering work. The experience provided kindling to my scientific curiosity and I am considering a future career in research.