Christina Gerhardt, a professor and journalist whose work explores how people engage the experience of sea-level rise through culture, has been named the 2021-22 Currie C. and Thomas A. Barron Visiting Professor in the Environment and the Humanities in the High Meadows Environmental Institute (HMEI). She also will be appointed as a visiting associate professor in HMEI and the German Department. 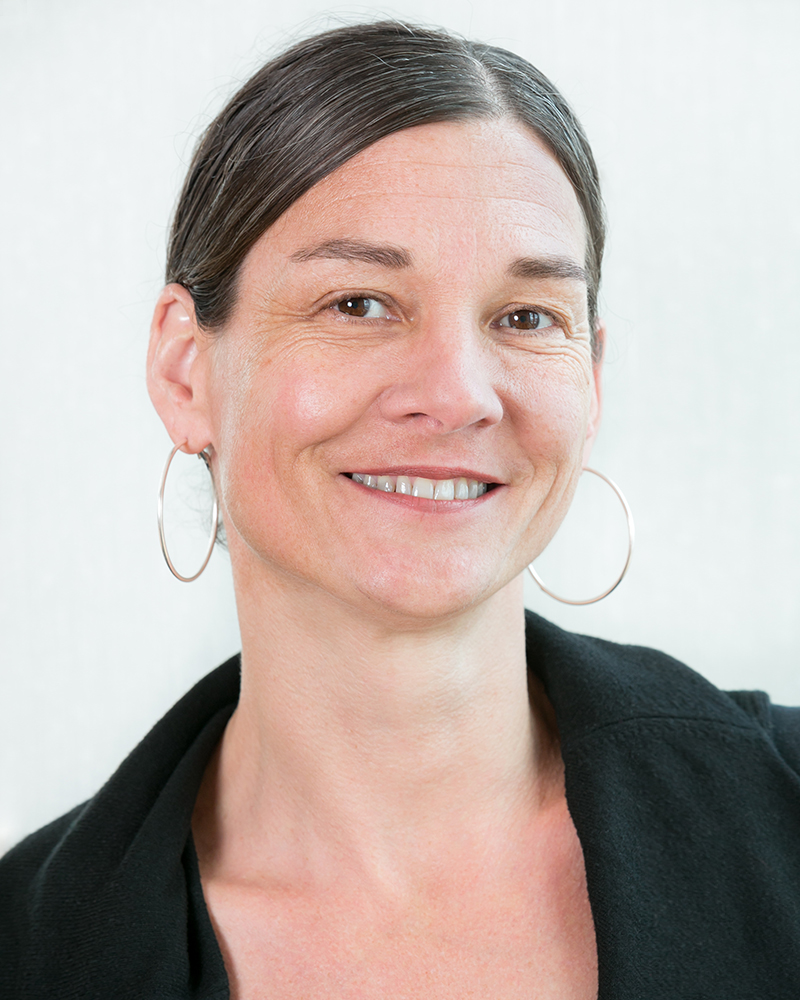 Gerhardt comes to Princeton from the University of Hawai’i at Mānoa where she is an associate professor of German and founding director of the Environmental Humanities Initiative. As an environmental journalist, Gerhardt has published stories in international and national outlets — under “Tina Gerhardt” — about topics in environmental policy and climate change such as the United Nations’ annual climate negotiations, domestic energy policy, and the 2020 hurricane season.

Gerhardt’s research currently focuses on sea-level rise and its impact on island cultures. Her current book project, “Atlas of (Remote) Islands and Sea Level Rise,” which she’ll work on at Princeton, examines islands and how physical landscapes and cultures adapt to the current and projected effects of sea-level rise.

Pacific Island nations are responsible for 0.03% of global emissions, with similar figures for islands in the Caribbean Sea and the Indian Ocean, Gerhardt said. Yet low-lying island nations such as the Maldives and the Marshall Islands are already suffering severe impacts from climate change and sea-level rise that are disproportionate to their carbon dioxide emissions. Given their size and limited economic resources, the plight of these small isolated nations often goes unreported, she said.

“They have contributed the least but will suffer first,” Gerhardt said. “The story is, as ever, one that extends beyond the climate crisis to include history and culture, politics, and economics.”

Gerhardt came to Princeton to expand on her work because of HMEI’s Barron Visiting Professor and the Environmental Humanities programs, which provide support to faculty projects that examine and capture the interplay between culture and the environment. “The High Meadows Environmental Institute at Princeton University is at the forefront of work at the intersection of environmental studies and environmental humanities. Due to that work, I have been keenly interested in coming to Princeton.”

Gerhardt taught the spring 2021 environmental studies course “Sea-Level Rise, Islands and the Environmental Humanities.” Students in the class explored how islanders — predominantly, but not exclusively, in the Pacific and the Caribbean — engage their experiences with sea-level rise in literature, art and film. Students also learned about science and policy related to sea-level rise as they considered the solutions being put forward to address the impacts. These solutions include managed retreat, the construction of sea walls or artificial islands, and the preservation and restoration of coral or oyster reefs, mangrove marshes, wetlands, and other natural buffers.

“I hope students came away from the course seeing how interconnected environmental issues are,” Gerhardt said. “I wanted them to search for the people and stories that are overlooked, under-reported and underrepresented, and consider how the humanities engages environmental issues.”

The course and Gerhardt’s book project grew out of her coverage of the annual United Nations Framework Convention on Climate Change, where representatives from different nations share how their home countries are being affected by climate change. Because the conference occurs toward the end of the year, delegates from tropical and island nations — many of which are small with developing economies — describe how their people struggle to withstand and rebuild from increasingly more powerful cyclones, hurricanes and typhoons, as well as eroding shorelines and freshwater salinized by seawater, Gerhardt said.

“I noticed that the experience of these island nations wasn’t being reported on globally and that informs my work,” Gerhardt said. “Even some of the best journalism on the environment would focus on the United States-China standoff, which, to be clear, is not unimportant. But I noticed that the struggles of people from less developed countries and from sub-Saharan Africa and island nations were not engaged as much by the media.”

In her book, Gerhardt brings the often-unheard voices of people living on the most affected low-lying island nations to a broader audience. She presents the science of sea-level rise and how it affects the land and ecosystems, while also sharing the work islanders are already carrying out to address the impacts of climate change. The atlas will feature maps of an island or archipelago based on scientific data from Climate Central, accompanied by an essay by Gerhardt about key aspects of the island — its history, fauna and flora, people, language(s) and culture — and a poem by an islander. “I’m trying to smuggle politics to people through a coffee-table book,” Gerhardt said.

In fall 2021, Gerhardt is teaching the Princeton environmental studies course “Cities, Sea-Level Rise and the Environmental Humanities,” which is based on her follow-up book project focused on sea-level rise and cities. She plans to build connections with local government and non-governmental agencies that engage these issues.

She also hopes to illustrate the impact of urban sea-level rise on the Princeton community by working with Climate Central to create a map of the historic and future shoreline in the region using their Surging Seas software suite. The project will include walks — and related panel discussions — in which students and community members create a chalk outline of the future shoreline forecast by climate scientists, oceanographers and geologists. Gerhardt carried out a similar project in Honolulu in January 2020 called HighWaterLine.

In addition to her faculty position at Hawai’i, Gerhardt is also a senior fellow at the University of California-Berkeley. She is editor-in-chief of ISLE: Interdisciplinary Studies in Literature and the Environment, the quarterly journal of the Association for the Study of Literature and the Environment. She also serves on the advisory board of the Journal of Environmental Media and on the editorial boards of the journal Media and Environment and the environmental humanities series at Routledge.

Among her honors, Gerhardt has had her research funded by the Fulbright Commission, the German Academic Exchange Service (DAAD); and the National Endowment for the Humanities. She has held visiting appointments at Columbia University, the Free University in Berlin and Harvard University.

Established with support from Currie C. and Thomas A. Barron ’74, the Barron Visiting Professor program has hosted 15 accomplished humanists since 2007 with the intention of forging closer ties between the environmental sciences and the humanities and social sciences at Princeton. Visiting professors have explored issues such as environmental justice, eco-literature, environment and comedy, religion and ecology, and the imagery of climate change in art and architecture. They have added courses to HMEI’s curriculum, advised students, presented public lectures, organized conferences and exhibitions, and created interdisciplinary approaches to the study of environmental topics.

A directory of past Barron Visiting Professors is available on HMEI’s website.