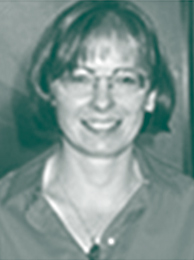 Kimberly Smith is an Associate Professor of Political Science at Carleton College in Northfield, Minnesota. She earned her Ph.D. at the University of Michigan and her law degree at the Boalt School of Law at the University of California, Berkeley, and teaches courses in constitutional law, the judicial process, American political thought, political theory, and environmental politics and policy. She has published articles in the Journal of Political Philosophy, Wisconsin Journal of Environmental Law, Women’s Studies, California Law Review, Rhetoric and Public Affairs, and Environmental Ethics. Prof. Smith’s first book, The Dominion of Voice: Riot, Reason and Romance in Antebellum Politics (University Press of Kansas, 1999) was awarded the 2001 Merle Curti Intellectual History Award by the Organization of American Historians. Her second book, Wendell Berry and the Agrarian Tradition: A Common Grace, was published in 2003, and her third book, African American Environmental Thought: Foundations was published by University Press of Kansas in Spring 2007.

While at Princeton, Smith organized a two-day conference entitled A Different Shade of Green: Race, Place and Environmental Justice as part of the Bert G. Kerstetter ’66 Ethics and the Environment Lecture Series. She made multiple public presentations including at the David Bradford Seminars in science, technology and environmental policy and at a joint PEI and D&R Greenway sponsored forum at the Johnson Education Center for a community audience. Smith actively engaged all members of the Princeton University on topics in environmental justice. Her work with undergraduate students was formative in the creation of the Princeton Environmental Action student group and she organized a multipart film series featuring environmental justice themes.