September 2012 – January 2013 Currie C. and Thomas A. Barron Visiting Professor in the Environment and the Humanities and Visiting Lecturer in Religion and the Princeton Environmental Institute at Princeton University 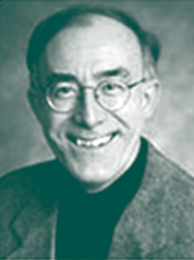 John Grim is a senior lecturer and senior research scholar at Yale University teaching courses that draw students from the School of Forestry & Environmental Studies, Yale Divinity School, the Department of Religious Studies, the Institution for Social and Policy Studies, and the Yale Colleges. He is coordinator of the Forum on Religion and Ecology with Mary Evelyn Tucker, and series editor of “World Religions and Ecology,” from Harvard Divinity School’s Center for the Study of World Religions (Harvard, 2001). He has been a Professor of Religion at Bucknell University, and at Sarah Lawrence College where he taught courses in Native American and Indigenous religions, World Religions, and Religion and Ecology. His published works include “The Shaman: Patterns of Religious Healing Among the Ojibway Indians” (University of Oklahoma Press, 1983) and edited a volume with Mary Evelyn Tucker entitled “Worldviews and Ecology” (Orbis, 1994, 5th printing 2000), and a Daedalus volume (2001) entitled, “Religion and Ecology: Can the Climate Change?” Grim is also President of the American Teilhard Association and received his Ph.D. from Fordham University.