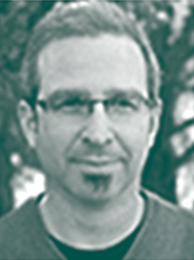 David Schlosberg is professor and chair of the Department of Politics and International Affairs at Northern Arizona University, where he teaches political theory and environmental politics. He is also affiliated with the Environmental Science and Policy, Environmental Studies, and Grand Canyon Semester programs. He has had recent work supported by the National Science Foundation, has been a Fulbright Senior Scholar in the Social and Political Theory Program at Australian National University, and has taught at the London School of Economics and Keele University in the U.K. Schlosberg’s books include Environmental Justice and the New Pluralism (Oxford 1999), Green States and Social Movements (Oxford 2003, co-authored with John Dryzek, Christian Hunold, and David Downes), Debating the Earth: The Environmental Politics Reader (Oxford 1998, 2nd edition 2005, co-edited with John Dryzek), and, most recently, Defining Environmental Justice (Oxford 2007). In January 2011, Professor Schlosberg will take up a position at Professor of Government and International Relations at the University of Sydney.

During his Barron visiting professorship at Princeton, David Schlosberg was jointly appointed by PEI and the University Center for Human Values. While at Princeton, Schlosberg focused on the scholarship of environmental political theory, climate ethics and urban sustainability. He taught a course on climate justice entitled Environmental, Ecological and Climate Justice and gave several public lectures including presentations at the David Bradford Series and as part of the Ethics and Climate Change Lecture Series. Professor Schlosberg collaborated with PEI leadership and community leaders to explore outreach opportunities in local urban environments.