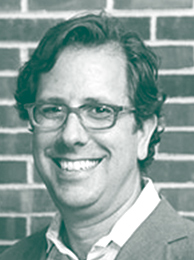 Barber is an assistant professor in the Department of Architecture at the University of Pennsylvania. As an architectural historian with a research interest in the relationship between the design fields and the emergence of global environmental culture across the 20th century, Barber approaches research and teaching from an interdisciplinary perspective, integrating narratives and methods from histories of architecture, landscape architecture, technology, science, politics, economics and environmentalism.

His current research investigates the role of architectural technologies in the infrastructural and territorial transformations of the immediate post-World War II period in the United States. His first book “A House in the Sun: Modern Architecture and Solar Energy in the Cold War” will be published in the spring of 2016. Barber’s essays have appeared in a number of periodicals, including Grey Room, Technology and Culture, The Journal of Architecture, and Design Philosophy Papers; he is also editing a special issue of The Journal of Architecture on “Architectural History in the Anthropocene.” Barber is currently leading a research group on the history of architecture and climate for the Mellon Foundation and he is a fellow at the Penn Institute for Urban Research and at the University of Pennsylvania/Mellon Foundation project on Humanities, Urbanism and Design. Barber received a Ph.D. in architecture history and theory from Columbia University and a master’s degree in environmental design from Yale University.

During his tenure at PEI, Barber taught two courses. “Networks and Ecologies” taken by juniors and seniors from the School of Architecture and the Departments of Anthropology, Computer Science, History of Art and Archaeology, Biology, and Dance. The course included interdisciplinary readings and student presentations. The second course, “History and Theory of Architecture and Climate,” was offered to PhD students and advanced masters of architecture students in School of Architecture. The focus was on understanding how knowledge of climate systems had transformed architectural design methods; there was also extensive discussion of contemporary theories of culture and climate.

During the spring semester Barber also developed, organized, and staged a two-day conference “After the Spectacular Image: Art, Architecture and the Media of Climate Change” that brought together a group of prominent scholars to examine the rich history of representing climate and its effects.