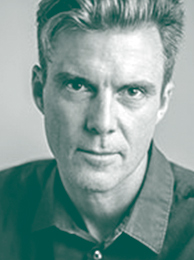 Ashley Dawson, an English professor at the City University of New York’s Graduate Center and the College of Staten Island, focuses his work on cultural studies, post-colonialism, eco-criticism and activism, particularly how people have perceived, affected and defended nature through art, politics and economics.

In 2017, Dawson published the book, “Extreme Cities: The Peril and Promise of Urban Life During the Age of Climate Change,” in which he argues that urban areas are the defining ecological phenomenon of the 21st century — they house the majority of humanity, produce most of our carbon pollution, and are uniquely vulnerable to climate change. Dawson’s previous book, “Extinction: A Radical History” (O/R Press, 2016), examined the accelerating loss of species and habitats worldwide in the context of global capitalism, which must consume — and thus deplete — resources in order to survive. While at Princeton, Dawson began work on a new book project, “Power to the People: Global Struggles for Energy Democracy and Just Transition.”

In addition to these works of ecocriticism, Dawson has written two other books, edited four essay collections, and published more than 50 peer-reviewed articles in academic journals and essay collections. Dawson received his doctorate in English and comparative literature from Columbia University in 1997.

At Princeton, Dawson explored two key issues through the lens of environmental and social justice: urban environmental futures — including adaptation to climate change — and energy cultures, with a focus on global struggles against fossil fuels and for energy democracy. Dawson drew on his research for “Extreme Cities” for the Fall 2017 course, “The Nature of the City,” which explored how we can generate a creative politics of nature in and for the city, a task that should be a key component of contemporary environmentalism. Students studied elements of architecture, geography, sociology and literary studies to examine how the climate crisis is playing out in cities of the global South, including Lagos and Bhopal, as well as look at climate-related crises in multiracial American cities such as New Orleans and New York.

Dawson also developed and taught the Spring 2018 seminar “Petrofiction,” which looked at the ways in which fossil fuels insert themselves into every aspect of everyday life, from the clothes we wear to the food we eat. Students in the class explored the challenge of making the many impacts of “petroculture” more visible, and the critical contemporary questions of what happens when we try to imagine a world beyond oil.

Dawson organized several events at PEI intended to forge links between students and faculty at the University and diverse communities in and around Princeton. In October, Dawson organized the panel discussion, “Unnatural Disasters: Houston, Puerto Rico and Other Sites of Climate Crisis,” in which visiting experts and Princeton faculty discussed the natural disasters that devastated Houston and Puerto Rico. Panelists discussed the social injustices that magnified the disasters’ impacts, the challenges facing efforts at just reconstruction, and the lessons to be learned from these disasters for the future.

With assistance from PEI’s communications manager, Dawson wrote and published two related op-eds, one on New York City’s divestment in fossil fuel companies for the Albany Times-Union and a second for the New York Daily News about Puerto Rico’s energy future after Hurricane Maria.

Dawson worked with the artist/activist group The Natural History Museum to bring several leaders of the Lummi and Ramapough Nations to Princeton’s Watershed Institute for an April 24 opening event and ceremony for Kwel’ Hoy: Many Struggles, One Front, an exhibition about indigenous struggles against pollution and extractive industry. The Lummi House of Tears carvers created a totem pole expressly for events held at and around Princeton. Dawson organized two companion panels at PEI, “Museums in a Time of Crisis,” and “Science for the People.”